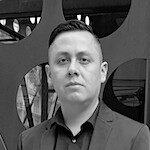 Jorge Sierra is a digital security consultant at Open Briefing. He is an IT professional with 15 year’s experience supporting IT operations and infrastructure for organisations in a variety of sectors, including telecommunications, technology, media, and nonprofits. He was a senior IT engineer for Schneider Electric for five years, where he led the implementation and improvement of new cyber security policies, standards, and trainings. In 2020, Jorge was awarded an Open Technology Fund fellowship to work as a digital security consultant for the Mexico Border Investigative Reporting Hub, a network of local journalists and independent media organisations investigating corruption and human rights abuses in the Mexican border states. Since then, he has continued to support the digital security of NGOs, journalists, and human rights defenders in Latin America and Asia. Jorge lives in Mexico and holds a degree in computer systems technology from the Universidad del Valle de México.