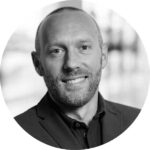 Chris Abbott is the founder and CEO of Open Briefing. Chris has spent his career protecting others. In the late 1990s, he worked with environmental defenders and indigenous communities in Ecuador and the Philippines, supporting their struggle against multinational oil and mining companies. He then spent a decade working at the policy level to protect civilians in conflict during the ‘war on terror’ and the wars in Afghanistan and Iraq. During that time, he was the deputy director of the renowned Oxford Research Group and an honorary research fellow in the Centre for Governance and International Affairs at the University of Bristol and in the Department of Peace Studies and International Development at the University of Bradford. Since then, he has written two books and more than 50 articles on security and politics. As well as providing strategic and operational leadership at Open Briefing, Chris is a director of Peace Brigades International and a member of its International Council and risk management committee. He holds a Level 7 Certificate in Security Management, a master’s in social anthropology, and a degree in psychology.