A video reportedly showing missing journalist Austin Tice has been uploaded to YouTube.

It went relatively unnoticed until the Washington Post and others reported on it five days later on 1 October 2012. At that point, Open Briefing was already carrying out imagery and technical analyses of the video, the preliminary findings of which are outlined below.

The prisoner shown in the video is almost certainly US freelance journalist Austin Tice. This conclusion is based on:

(a) Clothing. The shirt the prisoner is wearing (dark olive green, short sleeved, collared, with two small buttoned breast pockets at the front and no epaulettes) appears to be the same one Tice is pictured wearing in a CNN report from 4 September 2012 (shown below). 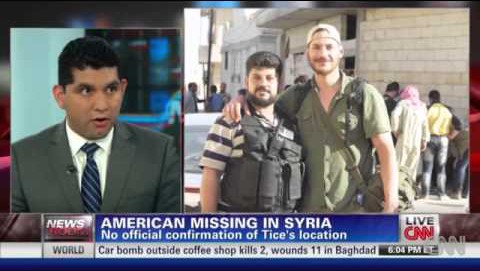 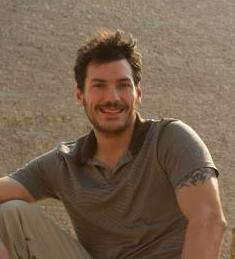 (b) Visible distinguishing mark. At 00:00:37 and 00:00:42 in the video, what appears to be the lower part of a black tattoo is visible on the prisoner’s left upper arm, in the same location as a “tribal” tattoo Tice has (confirmed in a photograph, right, from Tice’s family).

It is unclear when the video was made but it is a fair assumption that it was sometime in the six-week period between 13 August 2012 (the last time Tice was heard from) and 26 September 2012 (when the video was posted on YouTube). The level of beard growth and the fact he is still wearing his own clothes might suggest it was filmed relatively soon after his capture rather than weeks later.

The key question is whether Tice is being held by a radical group (as the video might suggest) or the video has been staged and he is being held by Syrian government forces (as previously reported). The balance of probability remains the later – Syrian government custody – but no reliable conclusion can be drawn either way at present. Further analysis on this issue to follow.