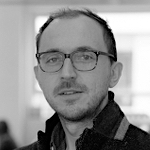 Nick Martlew is an adviser to Open Briefing. Nick is the strategy director of Digital Action, which builds coalitions to strengthen democratic rights in a digital age. He previously worked with Crisis Action for five years, including four as its UK Director. During this time, he led campaigns that helped secure asset freezes on war criminals, ceasefires in conflicts, and humanitarian access for hundreds of thousands of people trapped in war. Based on this experience, he wrote Creative Coalitions, a handbook for strategic conveners building campaign coalitions. Nick has previously led on campaigns with Oxfam, Save the Children, and consortia of NGOs working in Africa and the Middle East.