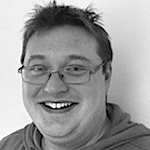 Richard Tynan is the information security consultant at Open Briefing. Richard is a technologist and ethical hacker who has been building and evaluating secure systems for over a decade. He is passionate about using technology to help civil society organisations flourish and well known for providing clear and concise explanations of complex legal and technology issues and the interplay between them. Richard was previously a penetration tester at Guardian News & Media, where he served for a period as the most-senior member of their information security team. Prior to that, he was the head of technology at Privacy International for five years, and also led the organisation’s data exploitation programme for two years. Richard holds a PhD in computer science from University College Dublin.