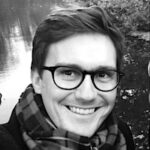 Tom Bendall is the director of safety and security at Open Briefing. Tom was previously the global safety and security lead at WaterAid, where he was responsible for providing expert safety and security support to leadership, staff, and partners in 34 countries across Africa, Asia-Pacific, and Latin America. Prior to that, Tom worked as a senior risk adviser for the security consultancy International Location Safety. During this time, he provided retained safety and security support and trainings to NGOs, academic institutions, and media groups and led a number of high-level projects with a variety of international organisations, including ActionAid, Doctors of the World, Catholic Relief Services, Forest Peoples Programme, and the London School of Economics. Between 2013 and 2016, Tom held various safety and security roles within the British Red Cross and the International Federation of the Red Cross and Red Crescent Societies at a headquarter and regional level, including postings across East Africa and in the Philippines. Tom holds a master’s degree in international security and terrorism.