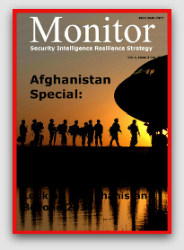 Militant violence has increased in Afghanistan since the start of the Taliban’s annual spring offensive in early May 2012.

For the record, the month of June alone witnessed the highest number of attacks in nearly two years’ time, with over a 100 assaults a day across the country.

On 7 August, 2012, seven Afghan civilians died and eight others sustained injuries when a roadside bomb attack targeted a bus in Balasan-e Khaldari in Paghman, near Kabul. Targeting passenger vehicles is a rather rare event in and around Kabul, although it is a more common occurrence in other parts of Afghanistan.

On 6 August, a mine planted on a donkey detonated in Charsada, a district in the central province of Ghor, killing its police chief and three others. Ghor hardly witnesses militant violence. These two events send a grim reminder – that no part of Afghanistan is immune to militant violence, manifesting itself through suicide attacks, roadside bombings, surprise raids, and improvised explosive devices and the like.